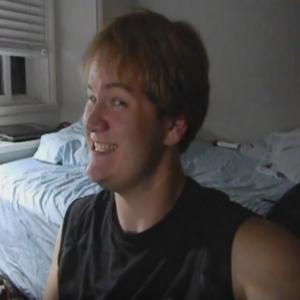 Cheesemanjoe is a writer, editor and voice actor. He started out as the co-creator of G Gundam Abridged together with Takahata101. Three months into its production he also started working on his first solo project: a Samurai Champloo abridged. However, after releasing a trailer on his new channel CMJsamurai, he got contacted by Joninurameshi who was also planning to abridge Samurai Champloo, and so he cancelled his series as he had another project in mind as well. This project was Guyver: The Bio-Boosted Abridgement, whose first episode got released a week later and received moderate success as well as praise from hbi2k. After a fairly low and sporadic output with this series and other productions, his next big project was a Guin Saga Abridged one-shot, created for and winning hbi2k's Pass GAS speed abridging contest.