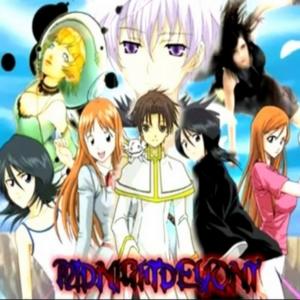 MidnightDevont, formerly known as MidnightSoma, TheRedRubyDragon and xXObsidianRosexX, is an editor and voice actress. Having started out as an AMV maker in 2002 under the name RavenSohma, her entrance into abridging came as a voice actress in Arufonsa1's short-lived Fullmetal Alchemist The Abridged Series, where she voiced Rose and Lust. During this time she got contacted by Semisoma1 (now known as TheAzureCrow), with whom she eventually would team up for the creation of Bleach Soma Abridged. She has since worked on a number of abridged productions as both a voice actress and editor.