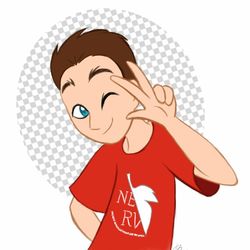 Skoringo, or Charles R. Ousley, is a voice actor and abridger. Having dreamed of a professional voice acting career for years, he got into abridging after getting his first laptop in late 2009. His first project, which he did together with his friend, was released shortly thereafter. But after a series of unfortunate incidents - both his and his friend's computers crashing, followed by his YouTube account getting shut down - he took a hiatus from abridging. In September 2010 he returned, starting various collaborative projects: DBGT Abridged with Dejay, Girls Bravo Abridged with WackedOutKids, and MAR: Marchen Awakens Romance with concretebuilding (all of which got cancelled however) - while also scouting for other roles and starting on his own projects. Since then he has continued working on various productions as both voice actor and creator.