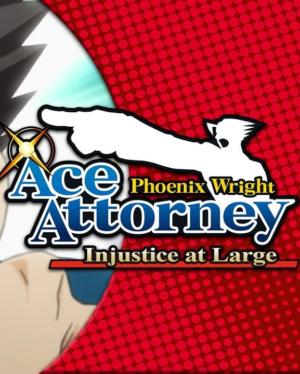 Phoenix Wright: Ace Attorney - Injustice at Large is a one-off parody of the anime adaptation of Capcom's Ace Attorney video game series. It is directed and edited by Major Motoko, written by Major Motoko and ilikethecoke, and produced by AnimeDubs4Life. The story follows defense attorney Phoenix Wright in his case of a children's TV-show actor being framed for murder.