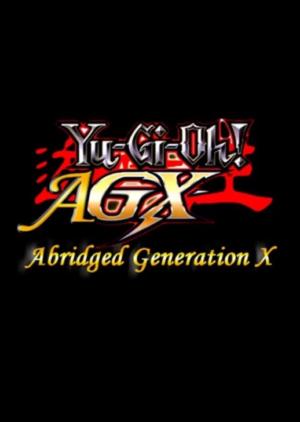 Yu-Gi-Oh! AGX: Abridged Generation X is a parody series of Yu-Gi-Oh! GX, created by Sephirex. Having premiered in November 2006, it is the first series to parody Yu-Gi-Oh! GX and one of the longest-running abridged series in existence. It was created when Sephirex was 14 years old, after being inspired by Little Kuriboh's Yu-Gi-Oh! The Abridged Series as well as MasakoX's and Vegeta3986's Naruto The Abridged Series. While initially intended to only be a one-shot, it got extended into a full series that is ongoing to this day.