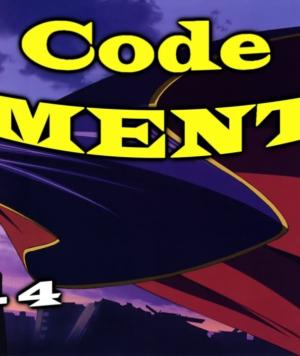 Created in 2009, Code MENT is a parody series of Code Geass by PurpleEyesWTF. The initial idea for the series was to make the at the time very popular main character Lelouch vi Britannia into an idiot, a move that consequently required an at least equal stupidity for the rest of the characters. As a result, while the series may follow the general setting and premise of the original, its actions and plot lines are heavily altered. With its fast pace and absurd humor the series was also the very first "MENT"-series, a style of abridging that later got adapted by other creators and evolved into its own subcategory within the medium.