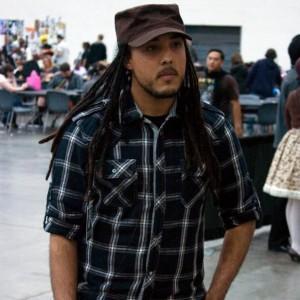 Antfish, or Anthony Sardinha, is an abridger and voice actor best known for his work with Team Four Star. Following the success of his own abridged series Jojo’s Bizarre Adventure TAS in 2008, he got noticed by the members of Team Four Star who starred in the series’ third episode. Debuting in the team as a few uncredited extras in episode 8 of Dragon Ball Z Abridged, his first major role was as Freeza’s henchman Dodoria. Since then he has starred in a number of roles throughout the series. He is also the co-creator of Final Fantasy VII: Machinabridged together with Takahata101, and the host of the TFS Podcast.