High School of The Dead Abridged 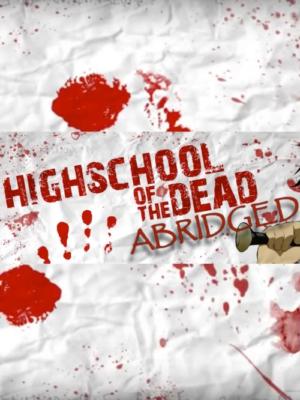 High School of The Dead Abridged was originally created by MrWorldTeh and TheGamerNet, with Zan12071986 joining as editor. However, as MrWorldTeh and TheGamerNet lost interest in the project during the scripting process, Zan12071986 took over production after the first episode and was throughout its subsequent run the editor and manager of the series, as well as head manager for the HOTDAbridged YouTube channel that spawned out of it. Additionally, the series had several co-writers working on it: shadow6543 for episodes 2 and 3, Epictoaster360R for episodes 4 to 9 and 11, Assassin7G3 for episode 10, and 911ape for episode 12 and the OVA.