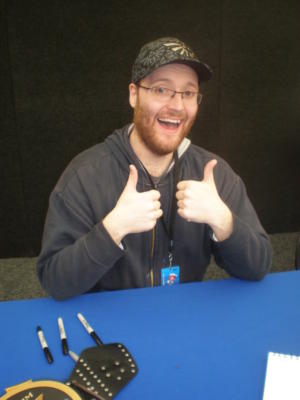 Little Kuriboh, or Martin Billany, is a writer, editor, voice actor and pioneering abridger. Dubbed the "father of abridging," he is best known as the creator behind Yu-Gi-Oh! The Abridged Series, widely considered to be the very first abridged series. Initially an AMV maker, he started Yu-Gi-Oh! The Abridged Series in 2006 as a parody dub of the Yu-Gi-Oh! anime series, inspired by the editing process of The Blair Witch Project and Reduced Shakespeare Company's The Complete Works of Shakespeare (Abridged). To this day, the influential work is still ongoing.

In addition to this, he has also provided voice work for various projects both in and outside of the abridge community, such as Naruto The Abridged Series, Team Four Star's Dragon Ball Z Abridged, and the machinima Eden: The Zhang Chronicles.