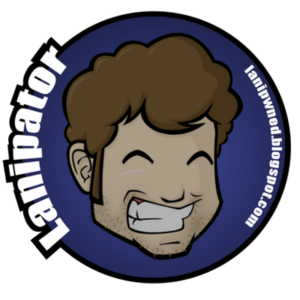 Lanipator, or Nick Landis, is a writer, editor and voice actor, and one of the co-founders of Team Four Star. He discovered abridging in senior highschool during his recovery from a rugby injury, when his immobility prevented him from doing much else than browsing the internet. Starting with Little Kuriboh's Yu-Gi-Oh! The Abridged Series, followed by Vegeta3986 and MasakoX's Naruto The Abridged Series and HBI2K's Berserk: The Abridged Series, he finally got inspired to do one of his own. Since one of the two anime series that he owned on DVD at the time, Berserk and Yu Yu Hakusho, had already been abridged, the result became Yu Yu Hakusho Abridged which premiered in February 2007.

In 2008, he, KaiserNeko and Takahata101 joined forces to create Dragon Ball Z Abridged, for which he to this day is one of the head writers and editors, and also stars in several roles. He is in charge of Team Four Star's gaming channel, while also hosting various gaming content on his own channel.