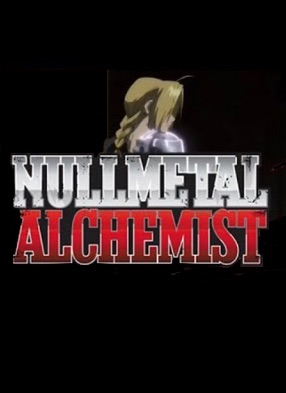 Nullmetal Alchemist is a parody series of the 2003 Fullmetal Alchemist anime, and the debut abridged series of Faulerro. Its pilot episode jokingly describes the series as "a parody of PurpleEyesWTF's abridging style". Originally titled "Making Things Right", is also opens with an apology for Faulerro's Naruto The Abridged Movie Parts 2, 3 and 4, which he did as a mockery against the infamous cancellation of Vegeta3986 and MasakoX's Naruto The Abridged Movie after just the first part.

The series ran for 12 episodes, after which Faulerro moved away from the project to instead focus on his second series Danganronpa Abridged Thing.