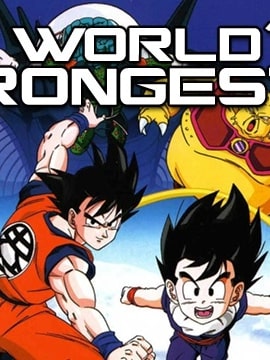 The World’s Strongest is a parody of the second Dragon Ball Z movie of the same name, created by Team Four Star. Along with Dead Zone, it is one of the two movies to be originated in an older version released by the group Neighborhood Cluck. This new version was done eight years later by Team Four Star in celebration of reaching two million subscribers. As with Dead Zone it is not to be considered a remake but an entirely new movie, since Team Four Star don't consider Neighborhood Cluck to be connected to their group. As such it is the seventh official movie in the Dragon Ball Z Abridged franchise.